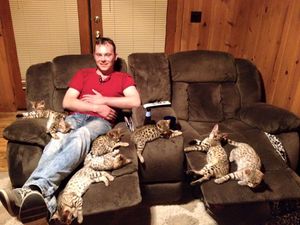 The Bengal personality can run the gamut. In general, they are extremely social cats - wanting to be involved in everything you do, but also, in general, they are an all-four-on-the-floor cat, meaning they prefer to have their feet on a surface at all times.  How much petting and holding Bengals enjoy varies - just like all cats - and here is why.

Cats have not been domesticated for many years when compared to many other domesticated animals. Furthermore, the first purpose of cat domestication was not as a pet but as a working animal utilizing its natural behavior to control rodents. While most of us are consciously aware of cats' predatory role, we must not forget that they have always been prey to many larger animals. But in 1947, cat litter was invented, bringing cats indoors - in some cases - permanently.  Having cats as indoor-only pets is a very modern practice.  Why does all this matter to the touching and holding of cats?  Hopefully, it puts a time perspective on the short numbers of years that cats have lived under people's protection.  Evolution doesn't change instinct as quickly as humans have altered the habitat of cats, so cats still have the fight or flight instincts of a prey species animal - and this affects how and where they want to be touched and explains their natural resistance to restraint - which feels like being caught for supper.

Once you understand the cat's instincts as both a predator and a prey animal, you can learn how to touch in a less offensive way to a cat, and you can work with your cat through rewards - or bribery - to encourage her to enjoy cat-appropriate touches. 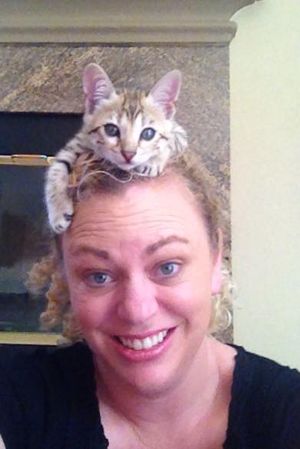 Let's start with touch.  A cat's sense of touch is much more magnified than people's.  The final kill-move in their hunting process is decided based on what the cat feels with its whiskers - not what it sees with its eyes.  This gives some perspective on how important the sense of touch is to a cat.  Thus, the whiskers are a cat's most sensitive area, and they do not like to be touched on their whiskers.  Most people are familiar with the whiskers on either side of the cat's nose and above the eyes, but did you realize cats also have whiskers on their feet and legs?  You want to avoid touching the cat's whiskers on purpose because a firm touch can be very overstimulating for a cat.

Touch is a way that cats spread their scent onto other cats and items.  You may see your cat rubbing her cheeks on your favorite chair.  That is because she wants to mix her scent with yours.  Thus, one of your cat's favorite places to be touched is just behind the whiskers on her cheek.  She loves to get scratches here.  She also enjoys scratches behind the ears, at the base of the chin where it connects to the jaw bone, and sometimes at the tail's base.  All cats are different, and you should observe your cat to discover where she likes to be petted the most.

The difficulty is that cats enjoy brief, short-stroked, frequent interactions. Think of how cats groom one another with short, firm licks.  People tend to want more extended, long-stroked interactions once or twice a day.  Every cat has a different comfort level for how much petting they enjoy. We need to meet our cat at her current comfort level of touch and increase it through rewards (treats) if we need to have longer touching sessions with our cat.

It is important not to touch your cat when it is engaged in a hunt-like play.  In the cat's mind, it is out in the wild, stalking its next meal while trying to survive.  While cats focus on hunting, they are also vulnerable to attack by larger predators.  Touching at this point will likely result in the cat responding with the instinctive fight or flight reaction, so you are more likely to get scratched, or the cat will run away.  Neither is a desirable behavior when working to increase the amount of touch-time with your cat. 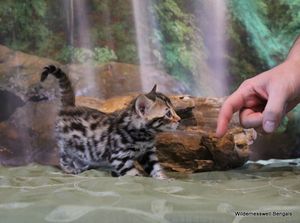 The best method of improving your contact with your cat is to follow the cat's lead.  Allow the cat to come and lay on you by choice.  Stick your finger out near its face and allow it to rub itself on your finger.  When you initially let your cat control the touching, it builds trust in your relationship, which leads to more human-initiated petting in the future.

When it comes down to it, cats do not like restraint because it is not natural.  Review the second paragraph; it has not been long since cats lived in the wild as both predator and prey.  The reason cats have so many kittens in a litter is for species survival. The death rate of cats in the wild is high due to predation.  What does being held mimic from the wild? Being caught.

However, cats can be bred to be more accepting of being held.  The Ragdoll breed earned its name due to its acceptance of being picked up.  If being held for extended periods of time or carried around is a top priority in your wish for a cat, you may want to consider a Ragdoll or an adult Bengal who is the exception to the Bengal norm.  Bengal norm is cat norm; they have an aversion to restraint.  In general, Bengal's higher intelligence and instinct cause them to be in tune with their natural cat status. 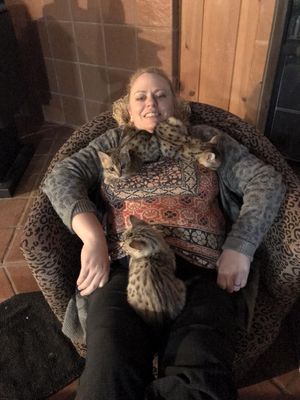 There are a few things you can do to increase your cat's tolerance for being held.  You'll want to limit the bad experiences that come with restraint and increase the positive ones.  Think about all the bad things that happen to your cat - vaccinations, medications, nail trimming, etc.  They all happen while being restrained.  Anytime you can alter negative experiences while being restrained, do so.  Try trimming claws while your cat sleeps.  Try hiding medications in food.  Additionally, you can increase the positive experiences your cat has with being restrained. Once you find a treat your cat likes, offer a treat for tolerating being held.  Increase the time being held slowly. Cats respond best when there is something in it for them, so you need to reward your cat for being held to convince her it is something non-threatening.

It has been 10,000 years since agriculture allowed humans to begin to leave their hunter-gatherer lifestyle behind and form housing and societies.  It's been less than 100 years since the cat moved into our homes permanently. Part of our draw to cats is their independent, instinctual nature.  We can't expect them to turn those instincts on and off as we desire.  We have to meet our cats at the touch and holding level that they find comfortable and, essentially, reward them through food to accept a little more gradually.