The Benefits of Outcrossing in a Bengal Breeding Program 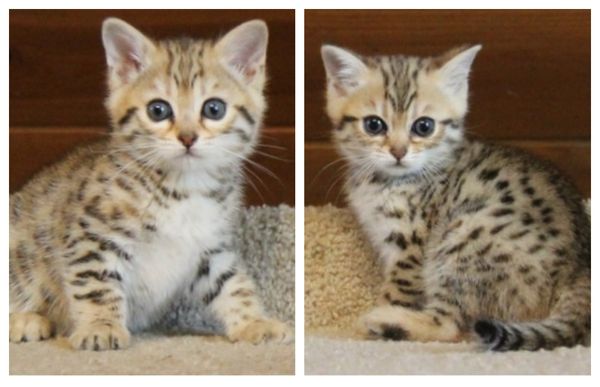 Within any purebred breeding program, the breeder should have specific goals in mind.  A primary goal is the one everyone sees - a distinct, recognizable appearance.  After all, this is the number one reason breeders choose to breed a specific breed of cat and why pet owners choose to buy a specific breed of cat.  But when the focus of a breeding program is only on appearance, that isn't what is best for the breed.  Breeders and pet buyers alike should also remember that buying pedigreed cats is also about having a known, purposefully selected health history.

We have learned through dog breeding that intensive inbreeding can adversely affect the health of an animal.  Yet, nearly all breeds start through inbreeding.  The Bengal breed is no different. Millwood began with three hybrid sisters - Praline, Pennybank, and Rorschach - and they were bred to Tori of Millwood, the domestic male Jean Mill found in India who introduced glitter into the breed, and eventually, those progeny bred back to one another. This close linebreeding was essential in getting the breed started and normal in establishing any new breed. While other people did start new Bengals lines from different hybrids, all Bengals will return to the three sisters and Tori of Millwood multiple times within their pedigrees.

As a breed, the Bengal is lucky.  Breeders with the ability and patience to work with hybrids (cats that are one to three generations from the Leopard cat) can outcross Leopard cats.  By using Leopard cats that aren't closely related themselves, breeders can bring multiple new sets of genetics into the breed as it is a species outcross.  As long as those hybrids get worked down into the Bengal breed population, Bengal breeders can then carefully select matings that trace back to unrelated Leopard cats, thus improving their cats' genetic diversity.  However, there are relatively few breeders who work with hybrids - and even fewer who seek hybrids of varied descent.  Early-generation cats take someone patient and are willing to put the cat's needs before their own.  Because of this, few breeders are working first-generation hybrids down to SBT Bengals (cats who are four or more generations from an outcross).

Is there another way?  Yes, there is.  One can outcross to other domestic breeds of cats.  While Jon and I will likely always have a hybrid outcross line going, starting in 2017, we also chose to bring in a domestic outcross line.  Why? It is simple - for genetic diversity, thus healthier cats.

From our good friend Kathy Shaw of Kamisha, Jon acquired his first Bengal outcross from a domestic, pedigreed cat.  Kamisha Exotic Origins - otherwise known as Ori - was out of a pedigreed Golden Shaded Exotic Kamisha's Crumpet and Bengal Kamisha Pantalaimon.  What is the rationale for starting with this crossing?  As seen in the chart showing the genetic distinction of domestic cats, the Exotic Shorthair - one of the green breeds -and the Bengal - one of the purple breeds - have a minimal crossover.  The Exotic was not a breed used to create the Bengal. Therefore, the breeds are distinct from one another.  This helps make the crossing more worthwhile from a genetic standpoint.

Furthermore, the most common health issues of the Exotic Shorthair are caused by their brachycephalic facial structure.  We knew this facial structure would disappear on the first pairing, so that eliminates the Exotic's most common health ailments from being a concern in our outcross line.  Thus, health-wise the Exotic is a wise choice to cross with a Bengal. Since the primary goal of outcrossing is to improve health through genetic diversity, the health compatibility of the crossing should be the top priority. 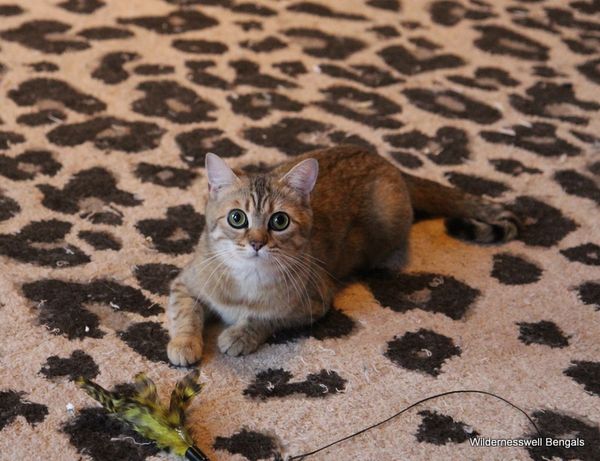 Once decisions about the health improvements are made, then we do make decisions on what outcrosses will, at the very least, not damage and may actually help retain the physical goals of the breeding program.  The Exotic has small rounded ears and large eyes - two physical features critical to our breed goals-are very easy to lose.  Small rounded ears are tough to get on the Bengal - tall, triangular ears are regularly seen on even show-winning Bengals.  Large open eyes are also challenging to maintain in the breed - as evidenced by so many Bengals having sunken in smaller eyes that come to a point on the outer edge. Ears and eyes are essential traits in our breeding program, and the Exotic wasn't going to take away from them.

Furthermore, the cross between the Golden Shaded Exotic and Kamisha Pantalaimon was critical for other physical reasons. Kamisha Pantalaimon is non-glittered.  Glitter is a recessive gene that stems from one single cat - Tori of Millwood.  The vast majority of Bengals display glitter - which means they have doubled up on a recessive gene that comes from a single source - and therefore, they have likely doubled up on other unknown genetics of Tori - some good, some bad.  We are trying to reduce the number of Bengals in our program who have glitter; thus, Kamisha Pantalaimon is non-glittered - and we know the Exotic does not have glitter - was a critical factor for both appearance and health. 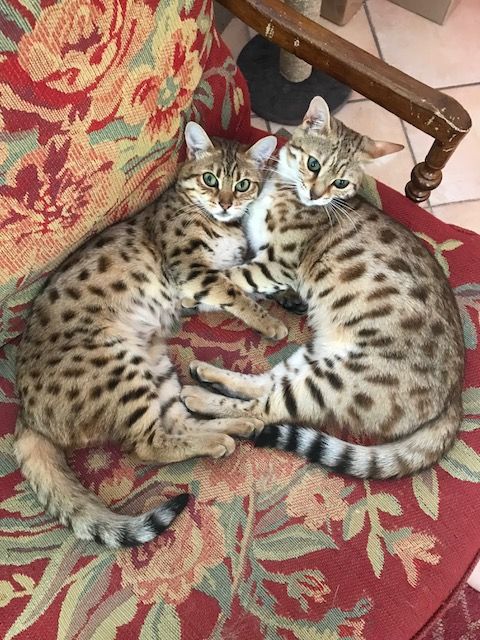 The Golden Shaded Exotic also helps us with another visible cattery breed goal.  Many Golden Shaded Exotics display a countershading pattern.  It is clearly a different pattern from the body as there is no ticking on the belly hairs while ticking is present on the Golden Shaded Exotic's body hairs.  We hypothesize that crossing a Bengal with a domestic that displays the countershading pattern - even if it is not the same as the Leopard cat - may help us retain that pattern on Bengals simply because the belly hairs are a lighter shade of color than the body hairs.

Ultimately, the cross between a Golden Shaded Exotic and a non-glittered Bengal male who returns to a Leopard cat who is not known to be from the same source as the majority of Leopard cats used within the breed - in other words, he is likely to be unrelated to the most widely used Leopard cats - allowed us to add a considerable amount of genetic diversity into our breeding program.

So, what's next?  We are breeding Ori to Bengal males who share her strengths in small round ears and large rounded eyes but can add contrast to the kittens as contrast is an area in which Ori lacks.  From there, we plan to keep a female to continue to work down to a full Bengal in two more generations.  And we also plan to hold onto a male who can be bred to our Leopard cat hybrids - thus further diversifying the genetics.  We'll bring the double outcross line down to be full Bengals as well.