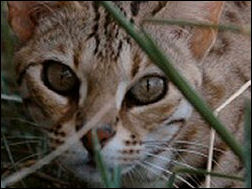 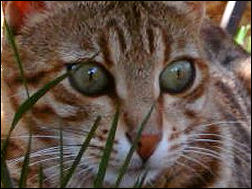 My F2, Independence, was my cat and my cat only.  I had her before I had children.  She wasn't an active member of the entire family unit, she was not likely be around when we have company over, and she didn't sit in my lap as the kids romped around the house.

However, no other cat has ever loved me more passionately than Inde.  When it was Inde-time, the biscuiting was intense; the rubs on the back of my legs were deep; the grooming of my hair was thorough.  The connection we had was like no other. 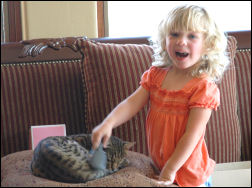 On the other hand, Inde's F3 son, Foot Attacktor, known as Footsie, makes for a great family pet.  He rolls his eyes at the kid noise, deals with the pets that are just a little too rough, and has no plans of disappearing when company is around.  Footsie is the type of cat that many Bengal cat websites claim early generation cats are not.

Don't let the generation of a Bengal cat factor into your decision making about which kitten to get.  Go and meet the cats, meet the breeder, and see for yourself whether or not an early generation cat is the right fit for your family.

If you decide that you want the stability of the Bengal cat temperament with the look of the early generation cat, then come visit us at Quality Bengal Kittens.  While we do have EGs, our specialty is getting the EG look onto the SBT Bengal. 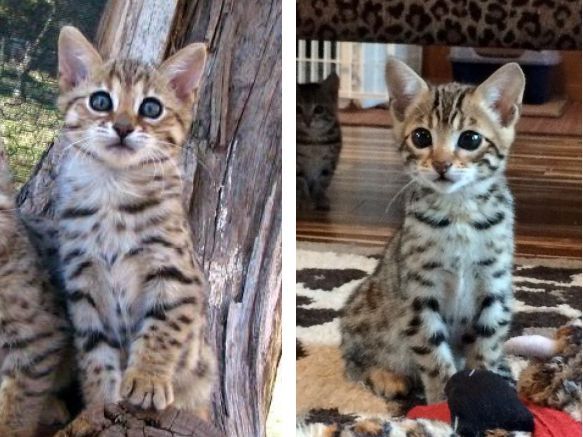 Examples of our Work 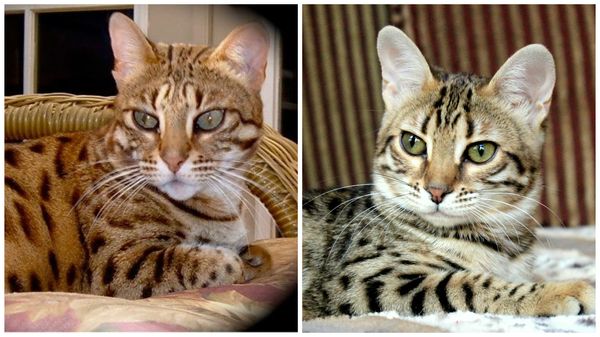 In the collage to the right, the cat on the left of this due is the first generation hybrid behind the cat on the right which is a fifth generation Bengal.  We will continue to work tirelessly to bring the beauty of the Eg cats down into the Bengal breed.